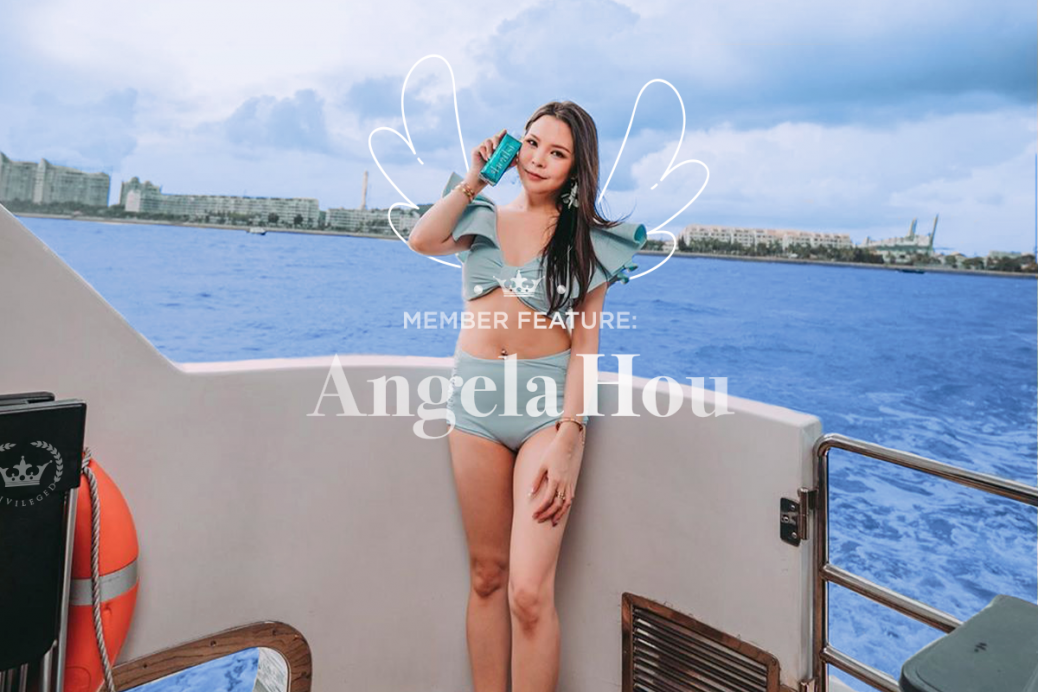 “And then there is the most dangerous risk of all — the risk of spending your life not doing what you want on the bet you can buy yourself the freedom to do it later.” – Randy Komisar

Angela Hou is a Taiwanese born in Miami, Florida. Her mother was a businesswoman/Spanish translator and her father was a diplomat. Growing up, she had the opportunity to travel the world, meeting people from all walks of life.

With wings that brought her around the world, she decided to settle in The Lion City, Singapore. Many asked her why but her settling did not mean that she was giving up on travelling and big dreams – she was building a foundation that will thrust her further into success.

Throughout her life, she found inspiration from bringing love, joy, and happiness to the people around her. From this, she had a growing desire to run a company she could call her own. She had many ideas and strategies, and her dream started to unfold.

Those of you who have started and managed a company would know that the road is arduous. Every corner you turn, there seem to be obstacles. That is not all, the narrow path toward success is scary and lonely.

However, Angela did not believe that she had to do this alone.

She networked her heart out and found her #girlgang, ladies who were trying to make it in the world of business. We can say that birds of a feather flock together. These girls, they are the creme of the “flock”. Their coming together birthed the #GirlBossClub that sought to help female entrepreneurs network and grow together. She believed that no one (especially female entrepreneurs) had to walk this journey alone!

As she advanced in her business, she combined forces with us at Royal Privileged. We are a premium lifestyle platform that could skyrocket her dreams into reality. Together with a community of experts and businesspeople, she grew more confident.

“With great power comes great responsibility,” is the quote that Angela holds on to.

Today she is affiliated with many brands, namely Healsi, Taifu, Ace Skin, PINC, and PRINCESSA by Sabrina Wang.

Get to know this go-getter on PINC (@angelahou57) and be a part of her community at Royal Privileged.

Leave a reply Click here to cancel the reply

We're not around right now. But you can send us an email and we'll get back to you, asap.